Happy new year everyone! As the year begins, so does this blog. And to start off this delicious little rendezvous, our first month, January, will be dedicated to the wondrous spice of cinnamon.

To prepare for the multitude of recipes coming your way, I’d like to dedicate the first post of each month to giving background information about the current focused ingredient.

And cinnamon’s history is hardly lacking in richness.

Native to Sri Lanka, cinnamon was one of the first spices used in the ancient world. References to the spice are found in Chinese writings that date back to 2800 BC, although cinnamon is known to have been used in civilizations ranging from the ancient Egyptians to the Romans. Mainly, it was used as a means of flavoring, preserving, or masking the smell of bad meat. Salting, however, could preserve food just as well, and was much cheaper. This led cinnamon to mainly be used by the wealthy, and thus the spice’s taste and aroma became highly desired and esteemed.

Cinnamon’s medicinal qualities were also widely valued during ancient times. Many used the spice to treat colds, the flu, and digestive problems. It’s even mentioned in the bible as an ingredient in Moses’ anointing oils. On a lesser note, Ancient Egyptians also tempered the air with it while enrobing mummies, and Romans utilized the spice during funerals.

Lastly, cinnamon was prevalent as an emblem of status and profit. As it used to only be produced in only one place, Ceylon (now referred to as Sri Lanka), whoever controlled this country also controlled the trade and profit of which cinnamon induced. The Portuguese took control of Ceylon in the 15th century, yet the country quickly switched hands to the Dutch in 1640. Finally the English maintained control of the country from 1796 to 1948, when Ceylon gained independence.

Now, production of cinnamon has spread to other areas, allowing the spice to become much cheaper and more common. In fact, the spice has become so widespread and popular that some argue it has become a commodity, like coffee or corn.

Of course, different classes of cinnamon still remain. Though all cinnamon derives from the laurel evergreen tree, the highest quality comes from a species called cinnamomum zeylanicum. Removing and curling the inner bark of the upper branches of this tree creates such cinnamon sticks, often called quills. However, stay cautious when buying cinnamon. Much of the spice sold is actually Cinnamomum Cassia, a slightly different species and in fact not cinnamon. True cinnamon should contain “ceylon” on the packaging, a sign it comes from the zeylanicum species.

So as you cozy up this winter, sipping cinnamon tea or eating cinnamon bread, take some time to think of where your food came from. Not much else can claim to have had wars started over it.

I'm Allison, a 18-year-old who loves to bake, bike, read, write, code, and, of course, eat. Join me as I learn to whip, fold, and frost; uncovering the best recipes on the web! This blog and I were recently featured in a cookbook, called FutureChefs, by Ramin Ganeshram.

This Blog Received the Sunshine Award 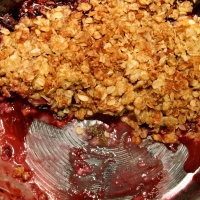 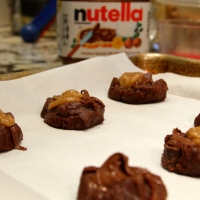 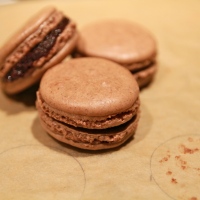 Click to receive blog updates in a RSS reader